I finished the final spreads of the book. I used the font Georgia for the text.

I finished the cover for my book. I chose the title “A Greyhound’s Tail” because the story is from the point of view of the greyhound. The font I used is Georgia 46pt. I chose a serif font  to juxtapose against the hand drawn illustration of the greyhound.

The illustrations are almost finished. The book is going to be around twenty to thirty pages. For binding the book, I ultimately decided to go with Japanese Stab Binding. I’m expected to finish the project within the next week.

Here are some of my illustrations that I did for the book:

For over 150 years, the Utica Curling Club attracted people from all over the country.

In the 1940’s, only women who were relatives of the members were able to use the rinks. One of the regular curlers, Marjorie Foster demanded that women should be considered members. She submitted a report of all the women’s activities and games, including starting an all women’s team, the Utica Tartans.

The men finally voted to let the women become members; however, women would not become full time members with voting privileges until 1990. In 1949, the Utica Tartans rebranded themselves and changed their name to the Utica Glengarries.

In 1995, the Francis Street curling facility was burnt down due to arson. Luckily, most of the artifacts and stones were salvaged from the fire. The club moved to their current facility on Clark Mills Road in 1996. The new facility was much larger and housed six sheets of curling ice, the biggest in the Northeast United States. In 2005, the curling club started to host Hamilton College and Colgate University’s curling clubs. After, numerous other college curling teams in the area started practice at the club.

The Utica Curling Club has become a huge part of the Utica community. Not only does it attract curlers from around the country, but also brings attention to an uncommon sport. Many people are  introduced to curling through the club. Since the club has been around for over one hundred and fifty years, generations of families continue to curl at the club. Many of the members have been attending the club for decades. No matter whether you are old or young, the club welcomes everyone to come curl  and try the sport.

Q: How did you find out about the curling club?

Rebecca: I actually had two friends who are already members of the club and they invited me to a try curling event-which the club has every October.  Its like ten dollars sometimes its free. They invite everyone from the public who has an interest in trying it out. They let you borrow  all the gear you need and get you out on the ice.

Q: How long have you’ve been in the club?

Rebecca: This is my second year in the club and its been a ton of fun!

Q: Why did you decide to curl?

Rebecca: I thought it was fun. Something to do in the middle of winter. I think its a unique winter sport. Nothing too strenuous, but you get a little exercise. How I found out about the sport  was when I first moved to Utica. I was researching for a sports exhibit at the history center and Utica has one of the oldest curling clubs in the Eastern U.S.

Q: What is your favorite thing about curling? Any favorite moments?

Rebecca: The people are pretty fun. Hanging out and meeting different people. and being apart of a team. One of the biggest moments was figuring out how to properly throw the stone. It takes a while. You think you know what you’re doing, but then its not until you see where it goes where you have that Ah-Ha! moment.

Q: Would you recommend being a member of the club?

Q: How has being a member of the curling club made you proud to a Utican?

Rebecca: The historical ties. Its a really good community with a lot of connections. Once you’re in the club, then you realise there are curlers everywhere-like my dentist is a curler.

I decided to change the direction of my project from making stickers and prints to making a children’s book. The story would revolve around a fictional story of a greyhound racer. In the book, I aim to educate children about greyhound racing while also trying not to be too “preachy”. I roughed how to the story and the pages would be laid out. I started sketching out the first couple of pages and would start inking and coloring them digitally. What inspired me to make an educational children’s book was from a book series that I used to read when I was younger. The book series by Suzanne Tate focused on the educating children about the wildlife (mostly sea life) while also touching on environmental issues like pollution and human interference. In addition I also tried improving on my greyhound designs.

I made sketches of the stickers and prints in a notebook and scanned them into Photoshop. I then cleaned, traced, and colored the images and uploaded and posted them onto Instagram (@drawingforapaws). 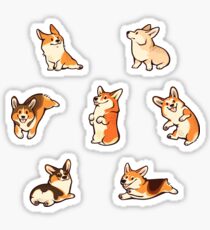 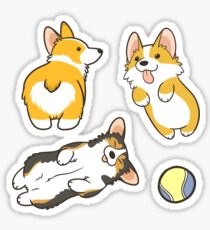